If you’d grown up in Singapore where the tradition is very much a conservative Asian tradition, then you’d probably know that not many parents support their child in doing the arts.. both performing arts and visual arts.

I don’t know about you but at least for me, who is born in the 90s, I very much experienced it.

Since young, I loved dance I took up ballet when I was 10 but didn’t continue it because I wanted to focus for the PSLE (as if I really focused lol). In school, I was in Chinese dance before I switched to being in the choir.

But anyway I returned to real dancing when I was in 4 years of secondary school, took a little break in between and restarted in 2013 to now.

Academically, I wasn’t the top student but I think I was doing pretty average; 206 for PSLE and L1R4 (nett) of 9.

Can get into a really good course or even JC leh!!

Contrary to popular beliefs that majority of the girls with such L1R4 grade will be chopeing their seats in Banking & Finance / Accounting / Tourism / Business Studies etc (those generic and what seems to be more “useful” in the economy), I didn’t.

Back then I lived with my uncle who wanted me to enrol into JC. But I didn’t as well.

Instead I enrolled myself into Mass Communications, which everyone was against the idea. Then I understand where they were coming from because after 1 year, I dropped out.

Long story short I dropped out because (1) I was bullied (I was a pussy back then and was very much affected by the atmosphere) and (2) damn, project costs were expensive. To me, most of the students in the course came from well-to-do family, or at least, had both parents supporting them, but I had none.

Following that I became the “majority” of the girls, taking up Management Studies. Which to me, is a generic course and I didn’t know what I was studying back then because anyway, I only wanted a diploma.

TBH throughout all these time I valued what I learnt during my one year in MCM, where mostly I took up skills in designing my own stuff, filming my own video etc. Even when it wasn’t within my job scope within the current workplace, I helped the welfare committee designed collaterals that they needed.

Fast forward to today, I found the energy I needed to go for what I really liked, and enrolled myself into a arts programme.

Despite already holding a diploma in something that… er idk what it is about also, I was totally fine with spending another 3 years of an equal qualification, but in another and more useful skillset. 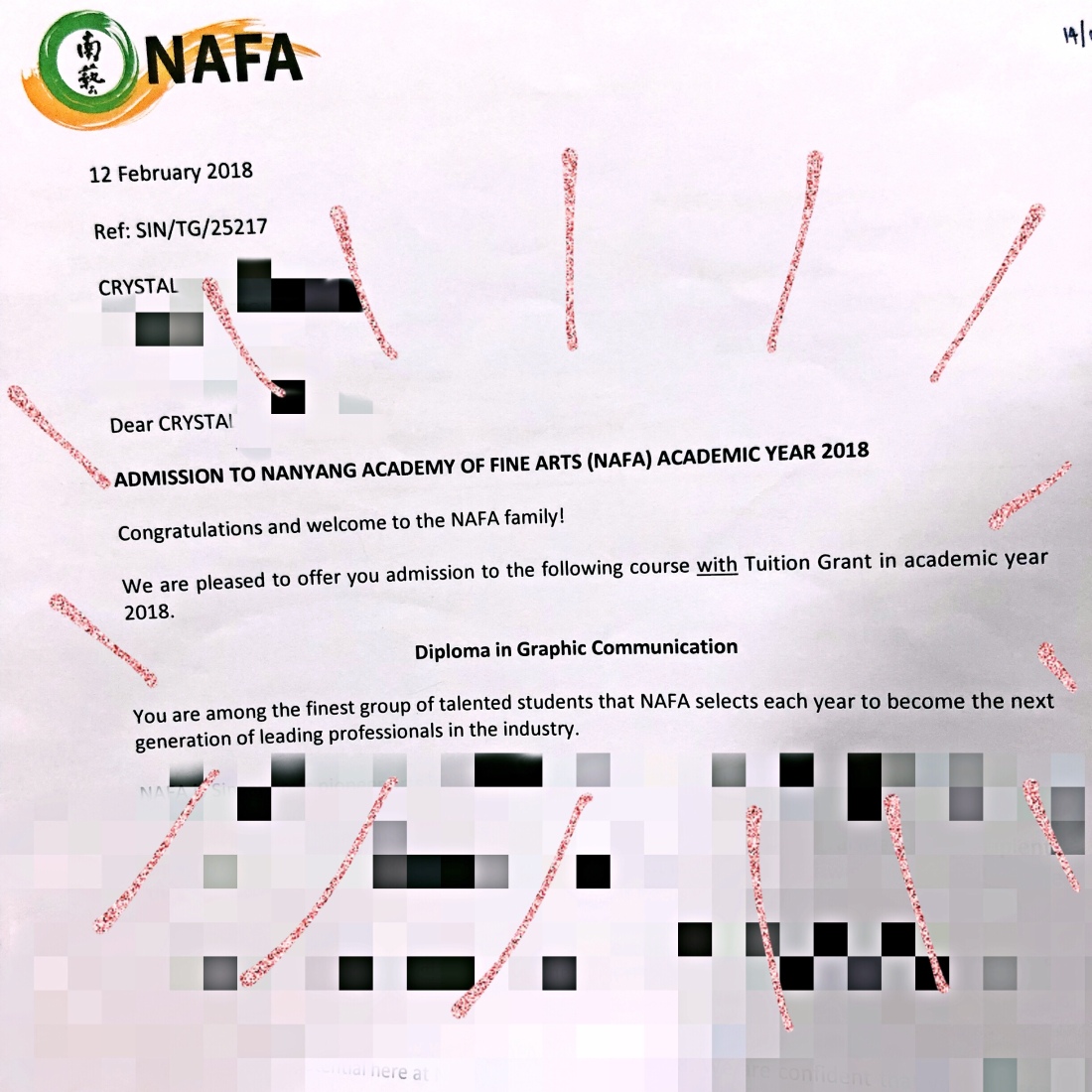 I was so so so elated that I FINALLY found the courage to go do something that I really like so I’m really stoked for the later half of 2018. I give the credit to my ex colleague who really gave me this little push of courage to go and pursue it. A little push that will and is going to change my whole life.

To leave an ok-paying stable full time job to go back to being a full time student, I definitely had my concerns. But once I had a friend who sent me a video saying that most of our lifetime will be spent on working, and it is very important that we get a job we like else we would be wasting our whole life away.

I don’t know if it’s the thing with millennials but my family feels like I like to do things halfway. But from my stand, I like to try out new things.

Except for law. I really like criminal law but I have no confidence in it and that is quite a big step to take because there is so much to study.

But at for now, I realised arts is what I really like. It’s like going back to square 1 but at least I know I wouldn’t be wasting my life away.